We invite you to be part of the fascinating world of one of the most talented visionaries of our time.

We are starting with a flight over Timisoara (for groups up to 3 people), giving you a different perspective on the city.

We continue with a trip to Traian Vuia museum, a picturesque and authentic place, where we are presented the inventor’s layouts, his biography, documents and photographs of his time. After a well deserved lunch, we are continuing our route to Lugoj, where we are making a short city tour including several tourist attractions.

The “Visionary Tour” takes you into the realm where the dream of flying literally caught wings.

Season: available all year – the flight will depend on the weather conditions

Reservations: at least two weeks before (in exceptional cases, please contact us)

Number of people and prices: 49 €/Pers., we offer for 3 people a group discount, at request

We offer a wine tasting: please contact us (optional)

To your attention: the restaurant offers a vast selection of traditional products (optional)

You can also book the tour without the flight 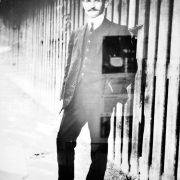 Today the flight is no longer utopic, thousands of people are flying from one side of the world to the other every day. But it all started in a village in Banat in 1872 when Traian Vuia was born, the man who would become the world’s aviation pioneer.

The child Traian Vuia manifests a huge attraction for small aircrafts and builds kites to the tiniest detail.

After graduating  from law school, in 1903, Vuia obtaines a patent in France for his ” Aéroplane-Automobil ” , of which the Paris Academy of Sciences says that “it is just a dream.”

A dream that genius Traian Vuia brings to reality on March 18 1906, when he is testing the aircraft. It is the first flight of a man with a machine heavier than air, without any external means.

During his life, Traian Vuia invents a steam generator, a torpedo, attends the Paris Peace Conference and is becomes an Honorary Member of the Romanian Academy.

Traian Vuia dies in 1950 at age 78, leaving behind not only a step towards evolution, but also the certainty that dreams can become reality, that small ideas can travel the world.