Cosmopolit invites you to participate to a journey back in time. A guide presents you during this two-hour city tour an overview of the historical development of Timisoara’s city center.

We have initiated this project with the thought of one metaphor- “stardust”, wanting to present you multiple meanings of this concept. The Vauban star-shaped bastion situated on today’s territory of Timisoara has its origins in the early 18th century, during the era of gunpowder under the Habsburg monarchy.
Another metaphorical meaning of “stardust” represents the utterly destructive power the weapons have gained through the discovery of explosive substances. In these circumstances, it was absolutely necessary to develop a new fortification, one which, by its form, has contributed to a better and more effective defense of the city. This defense was also essential, given the fact that this bastion represented the last fortification on the eastern front of the Habsburg Empire.
This defense system favored the socio-cultural and economic development of Timisoara.

The tour ends with a fresh beer on the terrace of Porto Arte, where you will have the opportunity to taste some traditional dishes.

To your attention: the restaurant offers a vast selection of traditional products 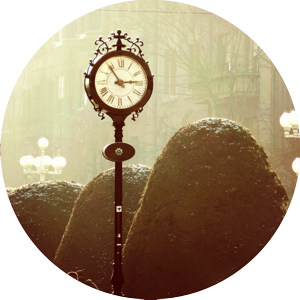 Timisoara is a city with a very complex and contrasting history that has been documented since 1212. Robert of Anjou, one of the great overlords, declared Timisoara as Hungarian capital in 1316.

The Turkish occupation of the territory followed in the 14th century and lasted until the 18th century, causing major architectural and social changes. Prince Eugene of Savoy managed to release Timisoara in 1717 and to banish the Osmans right before they occupy Vienna and Ofen (today’s Budapest). From this moment on, we can speak of Timisoara as a flourishing city.

Union Square, Freedom Square (formerly Prince Eugene Square) and Victory Square are reflecting even nowadays the brilliance of those times. The baroque architecture on one hand and the rich details of the Art Nouveau facades on the other hand, make this tour a valuable visual experience.

Through our Stardust tour we don’t want you to simply experience a city tour, but rather, to let yourself wander through deep intercultural historical impressions: German-Austrian, Romanian and Hungarian. From this standpoint you can interpret the current and future development of the city.

“Little Vienna”, as it is called today, has a truly cosmopolitan character. Timisoara’s candidacy for the “European Capital of Culture 2021” project stands as proof.