The mysterious land of Transylvania is always present in the history books. The stories about the region’s historical characters turned into legends, which have formed various world-renowned myths in time.

These include the famous characters and stories about Dracula (Vlad the Impaler) and the Hungarian King John Hunyadi (Johann Hunjadi).

This day trip offered by Cosmopolit, takes us to the medieval period, in which the Corvin Castle stands as proof of the battles between the kings and princes of Transylvania, Wallachia and the Ottoman Empire.

To your attention: the restaurant offers a vast selection of traditional products (optional) 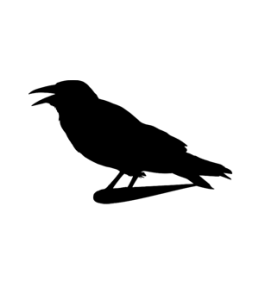 The Corvin Castle, which was built on the ruins of a fortress from the 14th century, lies on a limestone cliff in the middle of the industrial city of Hunedoara.

The castle was first mentioned in historical documents in 1409, when Sigismund of Luxemburg gave Voicu Corbu the fortification with its stables.

Voicu’s son, Johann Hunjadi, brought, since 1440, many changes to the castle in order to withstand the battles against the Ottoman troops.

In the following years, Matthias Corvin, son of Johann Hunjadi, continued to develop the land’s infrastructure. He was also the person who has provided support and refuge to Vlad Tepes during his battles with the Turks.

In the 17th century, the emperor Gabor Bethlen made the most significant changes in Corvin Castle. Among other things, the artillery terrace has been built, having as primary role the defense of the castle.

The Corvin Castle, as a historic monument, brought us a particularly valuable socio-cultural heritage. It is a mirror of the region during the Middle Ages and the legends which were born during that time period. It also represents an example of the collaboration between Romania and Hungary by having the common goal to conserve a complex history, one which we are glad to present today to both national and international tourists.

We are sure that you will find this a very fascinating trip.